What do you mean by the last name? It is the family name that’s generally passed down from your mom or dad. Generally they are patronymic surnames. But they should be unique last names. So It’s true that you can’t choose your given surname. But if you don’t like your surname, you have the chance to change them to unique surnames legally as long as you’re of age.

Take a look at this list of cool last names for young ladies and young men we could gather up and the reasons concerning why we think they are so incredible! See if there’s the one you’d like to name as your surname.

Most Unique Last Names In The World By Country

This list might even be helpful if you’re looking for a last name to give a personality in your life story according to your country. Due to many geographical features, names differ from country to country. So, check out this list and see what you think! There are numerous last names for different countries below.

Zhang  – This surname takes us back 4500years to a grandson of the legendary emperor Huang Di, surnamed Hui. So he invented the bow and arrow, and was the in charge of the production, he was given as surname in honor of his works, the character represents Zhang, which is made of the symbols for ‘bow’ and ‘long,’ meaning to ‘stretch open a bow.’ Nowadays it is used as a german surname.

Li           – The name “Li” in Chinese means “plumtree”. So it was in memory of a time hundreds of years ago when a family was in exile in a wilderness with no food, the refugees came across a plumtree grove which saved their lives. In gratitude, the family and all the servants and retainers took “plumtree” as their last name.

Liu         – This surname derives from the state of Liu, which granted to a descendant of the model emperor Yao. Then The family name is derived from a region referred to as Liu Xia within the state of Lu. During the spring and autumn, this gave a counselor famous for his high moral character. His descendants adopted the name as their surname.

Singh    – “Lion” in Sanskrit, hence Singapore – “City of the Lion.” So the origin of this is in India. You can use Singh as a title, middle name or surname. It derives from the word for lion, and later it was used as a title by the several warrior castes in India and later adopted by several castes and communities, including all the Sikhs. As a surname or a middle name, you can find throughout the Indian subcontinent and among the Indians, through neighborhoods and religious groups.

Yang      – This last name refers to the aspen tree commonly used throughout Asia and Europe.

Kumar   – This surname is a generic title which variously means ‘son’, ‘boy’, ‘prince’, or ‘chaste’

Wu          – The Wu name refers to The Wu State, which existed from the 11th century BC to 473 BC in what is now Jiangsu Province, China. Then the state was founded by Tai Bo and Zhong Yong, sons of Tai Wang, ruler of The Zhou State. So their descendants would later adopt the Wu surname.

As surnames are generally passed down from your mom or dad, indeed, you can’t choose your given last name. But if you don’t love your surname, you can legally change it, as long as you’re of age. See this collection of cool last names for girls & boys. Surely you will get the perfect name to have as your surname. Check this list and see what you think!

Searching for a unique and edgy name for your baby girl or a boy? Stay ahead of the baby’s last names with these super chill, futuristic baby surnames. So browse our futuristic surnames list to find the perfect last names for your baby. So let’s have some fun digging through the list. 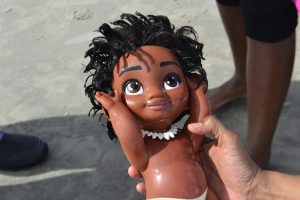 In the United States, ‘ African Americans were considered a “black” race. It was nevertheless the conventional idea of people to build up a naming structure that can be credited and identified with the “people of their kind.” Therefore, you’d, find that most African Americans have some frequent surnames that are used by most of them. It is not, however, uncommon to see people of a certain race with common last names since it’s regarded as trying to identify with those of your kin.

Let your imagination run free. A fantasy last names provide you with original surnames for role play games, unique characters, and more. This collection could moreover be valuable in case you’re searching for a last name to give a character in a story you’re composing, or perhaps you are hoping to change your name forever. However, you are searching for a name for a role you are expounding on. So let’s have a ride through the list.

Many surnames haven’t been using in past years. So some surnames which have been used for generations are being lost. Nowadays, people have become increasingly embarrassed to hold “funny” and unusual last names that make other people laugh. Having funny last names declined severely in the past century. We imagine that the following people have changed their names to something famous. Cock, Daft, Death, Smellie, Gotobed, Shufflebottom, Willy, Nutters, Piggs and Jelly

Medieval names are often derived from past and saint names as a reflection of the importance of religion in the middle Ages. Vernacular languages were spoken throughout Europe, and names with similar roots often take different spellings in different regions. Below is a categorized list of Medieval English surnames. Some of these are still popular today, and you may very well know someone that still carries this last name. 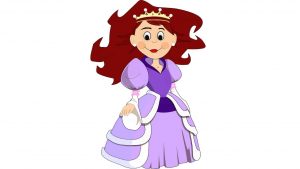 If you’re an enthusiast of the Royal family, you might feel like you know everything about them. But do you know what their last name is? The Royal family does have the last name, which they utilize all the time, regardless of their absence of the requirement for one. Last names are essential rather than official orders. So Kings and Queens of royal families are more than welcome to change the last names of their family whenever they please. Royal families have used several surnames throughout history. If you have one of the following last names hiding in your family, you might have royal blood.

Last names that sound fancy might have an aristocratic connection or an upscale feel. If you find some of these fancy girls and boy names a bit much, you would be right: Fancy often means elaborate, decadent, unique, over the top. Whether you want a fancy last name to wish to steer clear of fancy surnames, these are the best with an elegant feel today.

Coming up with an excellent last name can go far in causing the person in question to appear to be significantly more relaxed, according to your others.
While agreeing to a portion of the more adorable last names matched with a lovely first name is one approach, I’ve preferred continuously to attempt to make each part of the name stand separated from the custom. A cool last name lets you find your character’s family history a little more easily.

Some people have been dealing with a bad hand since the day they were born. Their lives have been troublesome as it so happens because of their last names. From jokes in kindergarten to hurting at school, it just shows how terrible it can get on the off chance that you have ‘an unsuitable’ name. There are a lot of regular innovative issues and aggravations that individuals with unusual last names need to look throughout everyday life, and here are the absolute best. 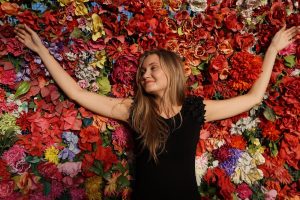 Still, are you trying the perfect pretty last name for a girl? This following list of the pretty girl’s last names is designed to help you out. Ranging from traditional surnames to flower surnames, the list gives you all of the last names you love and some that you have never heard of before. We won’t miss your favorite pretty girl last names, make sure to see top to the bottom of the page. 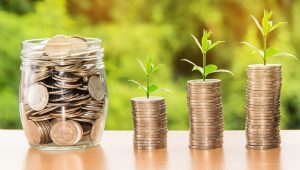 Sometimes last names are used as a sign of respect for an important or wealthy man. If you take any degree of economic wellbeing and, at that point, take a gander at individuals by surname groupings. It’ll pretty dependably show which the high-status last names are and which the low-status last names are. One of the fascinating things with the surnames is that we distinguish groups that we hadn’t thought of as unmistakable. So let’s have a ride 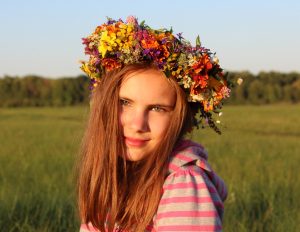 It’s not always you to choose what your last name is. Nonetheless, that doesn’t imply that sometime you can’t modify it to something completely extraordinary. Whatever the expression you have that has to lead you on this search for a beautiful last name for a girl or a boy, we have you secured!

Some parents hope to keep their baby’s name with a religious background. If you want a name like that for your baby boy, please have a look at these few beautiful vintage boy names. These old young lady names are an ideal approach to route a period past when naming your little girl. If you feel in your heart that your daughter is bound to be an old soul, go through these ancient young lady names now. These Vintage Girl Names return you to when Facebook didn’t exist; however, natively constructed crusty fruit-filled pie from a wood-consuming stove did.

Here are some famous names which are mostly used in english speaking countries.

This name is an occupational name in origin. It comes from the Old English word ‘smith,’ giving the meaning of ‘a metal-worker.’ It is the most famous name in England, and also the most popular in Scotland, and the United States.

The name Brown is an old color-name that is a form of a nickname. Color-names typically cited to the complexion or hair of the owner. Several familiar names began life as color-names.

The surname Jones means ‘dependent on John.’ So it was a common form of the Christian name in England. John had the appropriate way Evan, in Wales, where it commonly uses.

The surname Johnson has two main subdivisions-one with, and one without, the intrusive ‘t.’ So both of these have a variety of different spellings. The former meaning is ‘son of John.’

The surname Miller originated as an occupational name for one who grinds or mills the corn, without any doubts. The earliest forms of this name are Mulnare, Milner, and Mylnere, while original Milner, or Miller, has many related names.

The name takes us back to the ancient root word ‘willahelm,’ which meant to be ‘a willing man with a helmet.’ In the Germanic countries, this word is mainly intact today as Willem and Wilhelm.

Davis means ‘son of Davy’ or, more formally, ‘son of David’. The surname Davis comes from the first name David. It was used as a nickname Davy which was also the popular French form, which uses widely after the Norman Conquest.

This surname is a modified by the name of Andrewson, meaning son of Andrew. Andrewson had several forms before it finally developed as Anderson-this may be seen from the may ‘in-between’ derivatives, which remain till today.

The common surnames Thomas and Thompson both derive from the first name Thomas. The first name still in widespread use is one of the most ancient, deriving from the Biblical Aramaic, where it meant ‘twin.’ It is famous in Western Europe and has of the same name from the Apostle, though in fact, his real first name was Judas, and Thomas was only his nickname

The surname Moore has two distinct derivations. In one, it originated from the first name Moor, whose origins are of great antiquity. Then this comes from the Old French Maur, which in its turn derives from the Latin first name Maurus.